Posted on 20 December 2016 by Cavershamragu

For as long as I’ve been hosting this blog, I’ve participated in Bev Hankins’ irresistible vintage mystery reading challenges. The rules have been amended over the years, but the basic criteria is the same – review a mystery from two eras, Golden (up to 1959) or Silver (1960 to 1989) and then post the links to these over at her site, My Reader’s Block (which is a very ironic name when you see just how many book reviews she posts there).

Here’s how it went for me this year:

For the Golden Era this year, I reviewed three books by my favourite detective story writer of all time, John Dickson Carr, including the radio serial Who Killed Matthew Corbin? There were also some pretty cosy books by the likes of Margery Allingham, Edgar Wallace, Dorothy L. Sayers, Leo Bruce and Patricia Moyes and some decidedly tougher specimens such as four exceptionally hardboiled novels by James Hadley Chase, including No Orchids for Miss Blandish and its sequel and He Won’t Need it Now. There was also one incontrovertible literary classic, in the shape of Joseph Conrad’s The Secret Agent. In total I managed 18 reviews in this category this year 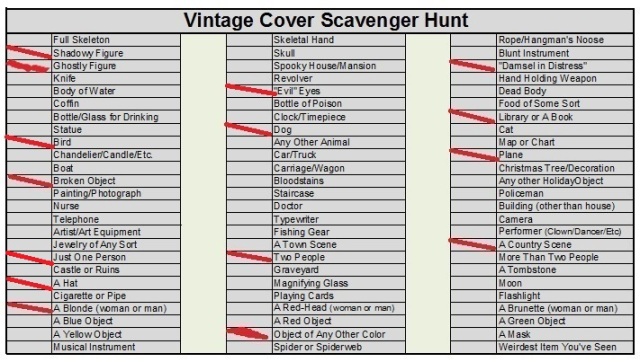 I managed 15 books in the silver age category. The biggest surprise was probably The Power of the Dog by Thomas Savage, a magnificent work that is usually not considered part of the mystery genre, but it certainly should be. This year saw the inclusion of Lullaby, the last eligible volume from Ed McBain’s 87th Precinct series as well as thrillers and spy novels by the likes of Alistair MacLean, James Mitchell and John le Carré as well as more unusual volumes by the likes of Don DeLillo and John Trinian as well as The Girl on the Best Seller List by ‘Vin Packer’ (aka Marijane Meaker) and the first Wexford by the late Ruth Rendell and an early locked room mystery by Catherine Aird. And special thanks to my mate Colin, for contributing a review for that most unusual Ellery Queen book, Cop Out. Though I don’t think much could top having Bill Pronzini himself stop by with a comment on my review of his early “Nameless” novel, The Vanished – now that kind of made my year!

Thanks for looking after us Bev, as always a most generous and gracious hostess. Looking forward to the 2017 challenges!