Posted on 21 October 2016 by Cavershamragu 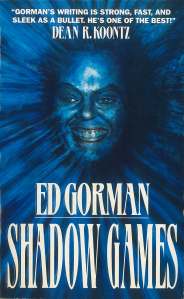 I think this is a terrific book and so offer this review by way of a small tribute to prolific author and blogger Edward Joseph Gorman, who died last Friday just a few weeks shy of his 75th birthday. This powerful suspense story had a special significance for its author, who not only had to struggle greatly to get it published but who was inspired by the career and tragic later life of his cousin, Bobby Driscoll, who in the late 40s and early 50s was a huge Disney film star. The protagonist is Cobey Daniels, loved by all for his role in a family sitcom but who has some very serious ‘issues’ …

In his introduction to the 1994 US edition, Gorman describes the novel’s long and arduous path to publication. He wrote two separate and complete drafts of the book but threw them both away and started again. He then submitted a third to his then his agent, who  wouldn’t accept it without major changes, so the book ended up in a drawer … until it was unearthed by Gorman’s then assistant, Larry Serif. He made a number of editorial suggestions, Gorman did a rewrite and the book was eventually published, to good reviews, in the UK. The following year it appeared in the US. 25 years after it was written, how does it hold up? Well, the book is certainly not an easy sell!

“Sometimes I hate the world we live in. The things people do to each other”

We begin in 1985 with Cobey’s arrest after attempting to rape and strangle a 14-year-old fan at a mall after she declined to go ‘all the way’ and he had a few drinks too many. We then cut to 1988 and his release from the mental institution where Lily, his all-powerful protector, agent and mother substitute, managed to get him sent instead of prison. But is he really well? He starts acting again, but then vanished for nine months before returning. What happened and why won’t he tell anyone about it? Now it is five years later, we are in 1993 Chicago and Cobey is on the comeback trail, again. He has turned his life into a one-man stage show that is gaining rave reviews for its humour and critical self-analysis.

But … one night Cobey wakes up in a woman’s apartment, unable to even remember his name, let alone how he got there – and the woman is right there with him, beheaded. So Lily comes to the rescue, again, but soon the police are on to him and Cobey goes on the run. But what if he isn’t actually guilty? What if he is being set up? Corey had a deeply screwed up youth and is attracted to people who are equally troubled – there is his current girlfriend, who he met in rehab; there is his director, who years before tried to kill him; there are his two agents, who have their own reasons for hating him. So maybe Cobey isn’t exactly innocent, but is he a murderer? Soon a cop, a journalist and a private eye are out trying to find him and uncover the truth.

“He didn’t care. he just wanted to sleep. He was tired of trying to make sense of things. Things made no sense at all” 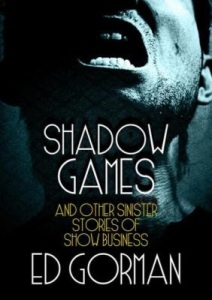 In many ways, this plays like a contemporary riff on the cosy 1930s whodunit, where the person that one expects to be bumped off – the evil centre controlling the lives of so many dependents who would like to see the end of him – turns out to be both the victim but also a kind of investigator, not sure if he is a murderer or not, though knowing that he probably has some complicity in the hate he has engendered in others. We are presented with our protagonist in truly unsparing fashion, seeing him experience squalor and horrible behaviour (including drink and drug abuse, rolling drunks, taking advantage of the vulnerable for sex, and on, and on). But we do have some sympathy for him too – he is in fact horribly damaged, abused relentlessly in his youth, and an alcoholic by the time he was 12, This explains without excusing some of his behaviour – and also, he can be genuinely sweet. Sure, sometimes it is all an act, but on other occasions he is very good-natured and sincere and clearly vulnerable and in need of help. So what do we make of him?

The ambiguous treatment of a major character, who can be characterised as a monster and a victim, is handled extremely well and for me was especially reminiscent of the best kind of suspense fiction from the likes of Robert Bloch. I think this is a book that will also appeal to fans of William Goldman (though not as tricksy in its telling) and even Stephen King (only not nearly as long and much lighter on the messianic and religious overtones). Ultimately, though, Shadow Games stands on its own as a superb thriller for adults that springs a terrific surprise at the end without ever cheating the reader and which really satisfies by having every piece of the story click into place without foregoing a strong sense of ambiguity in its exploration of the roots of crime and guilt. All the characters are well sketched-in, always sympathetic and believable, and the plot moves like a late-night freight-train, while the horrifying climax combines to be thoroughly satisfying without ever feeling overblown despite a massive dose of Grand Guignol.

He felt as young as a child, and long, long, deserted …

The book was republished recently in a slightly revised edition that also included some of Gorman’s short stories that also deal with showbiz. I recommend that edition very highly indeed. Mr Gorman is sadly gone but luckily for those of us who continue to read him, his work lives on. Many fine tributes to the author have been published – here is a small selection for you: