Posted on 11 October 2016 by Cavershamragu 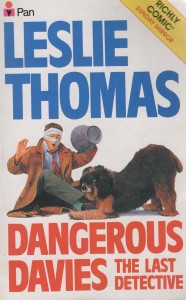 Today I thought I would post something on the lighter side of the mystery genre, a potentially grim story of a cold case told with bawdy humour and plenty of vim and vigour. Leslie Thomas (1931–2014) came to prominence in 1966 with his fictionalised memoir, The Virgin Soldiers, and followed it up with a series of increasingly ribald tales. But he also created an unusual detective in “Dangerous” Davies, a low-achieving but honest London copper who solves cases with ‘Mod,’ his only friend.

“It’s not an official investigation,” said Davies. “I am doing it myself. In my own time.”
“Like a hobby?” said the priest …

Ironically nicknamed “Dangerous” by colleagues and criminals alike, Detective Constable Davies is a plodding but good-hearted cop, destined to remain in the trenches handling the low-level cases nobody else wants. Inadvertently, after being asked by his boss Yardbird to look into Ramscar, an old villain who has made an unexpected return to the local area, he chances across a very cold case: the disappearance 25 years earlier of Celia Norris, initially thought to have run away from home before her clothes, minus her underwear, were found near the canal. But what really happened to her? Was Ramscar involved? The solution proves to be a real surprise, but is only arrived at after Davies has a number of run-ins with assorted villains, lonely men driven by unrequited lust, overly friendly dogs and randy spinsters. Most of it is pretty funny, albeit in a decidedly unreconstructed and very old-fashioned style that will not be to everyone’s taste anymore. But what still works is the way that Davies, downtrodden and underestimated by everyone except his loyal friend Mod and overlooked by his superiors, ultimately manages to find some sense of fulfilment and purpose by solving a case that nobody cared about and helping a family find some peace at last.

“Serve you bloody right, you sexless berk!” she cried. 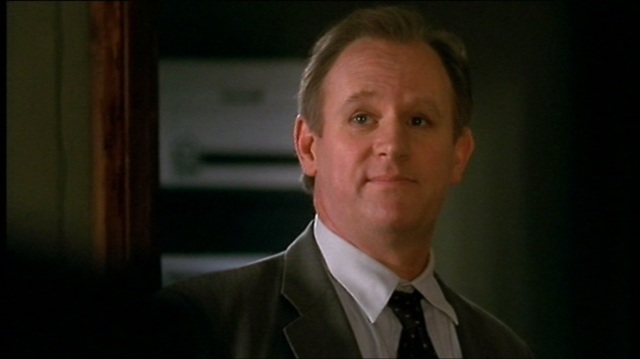 The book has been adapted for British television twice, first in 1980 with Bernard Cribbins in the title role, with Thomas co-writing the script with veteran filmmaker Val Guest. It was then adapted again thirty years later as the pilot for The Last Detective, a terrific series that ran for four seasons from 2003 to 2007 with Peter Davison as ‘Dangerous.’

The first version, one of the last productions made by Lew Grade for television before moving (unsuccessfully) into movies, is pretty faithful to the source (though the crime is made only 10 years old now), and as a result is a rather low-key affair, effectively replicating the jaded and occasionally seedy feel of the book. While cast as a black comedy, with Bill Maynard as Mod and Maureen Lipman as Ena Lind in especially good form, this is a rather sad and mournful film that sometimes struggles to balance the humour with the more serious aspects of the story (there is something rather painful about the Dangerous’ endless returns to the hospital after getting beaten up for the umpteenth time). It is a little hard to find on DVD now but is well worth a look as an example of a type of straightforward and unfussy filmmaking that is now pretty much impossible. 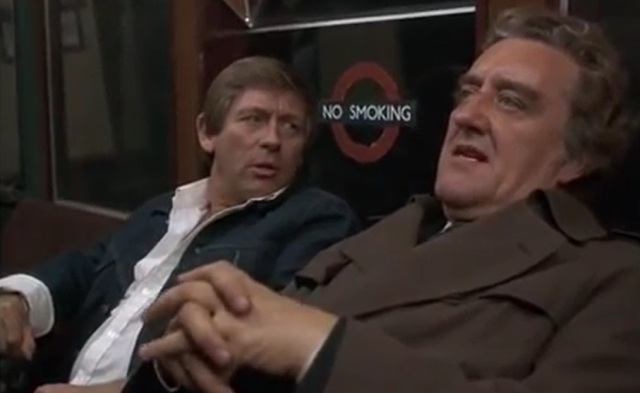 The second version was partly refashioned and softened to serve as the springboard for an eventual series, catering to the kindly, self-effacing persona of Peter Davison. It was expertly adapted by Richard Harris, a highly experienced dramatist and screenwriter who for decades worked on such detective shows as The Avengers, The Saint and A Touch of Frost and the cult classic TV ‘private ear’ series Shoestring (which he co-created) but who is probably best known as the author of such poplar plays as the cricket comedy Outside Edge (which he later adapted for TV) and the musical Stepping Out (later filmed with Liza Minnelli). For more on his impressive career, see his page in Wikipedia. Davies and Mod are still the protagonists, though both are younger than in the book and previous version and a more prominent role is also found for Dangerous’ ex-wife, played by the delectable Emma Amos (they would eventually re-unite by the fourth season). 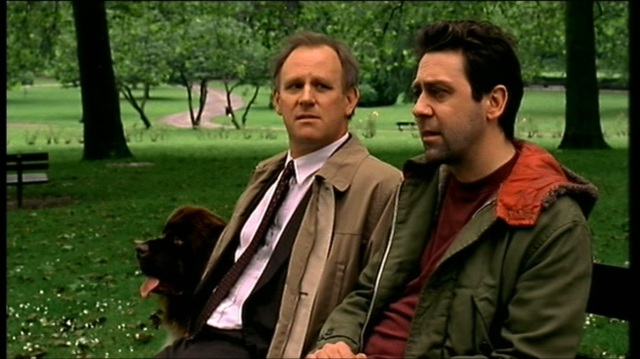 The plot of the novel is still followed fairly closely, though again the resolution is slightly amended to that it doesn’t get in the way of maintaining the series characters for the weekly series. Harris would also adapt some of Thomas sequels for the series, which was for the most part much better than average, eschewing violence and putting the emphasis on plot, character and humour. Thomas’ son Matthew would eventually also work on the show, which proved to be a surprise hit.  Incidentally, as in the of Columbo (and most of the run of Inspector Morse too), we never find out what Davies first name actually is. 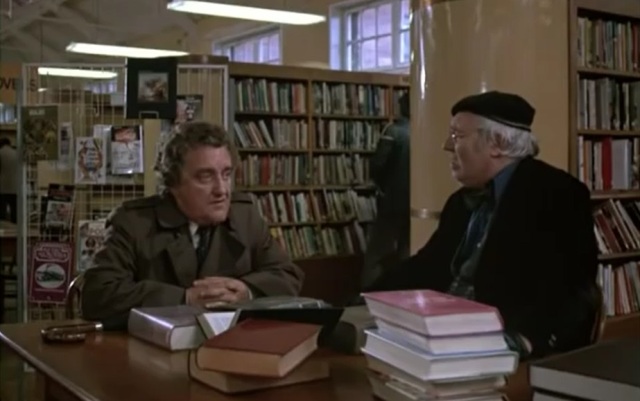 I enter this review as part of Bev’s 2016 Silver Age Scavenger Hunt in the ‘dog’ category: 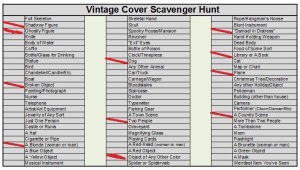 24 Responses to DANGEROUS DAVIES: THE LAST DETECTIVE (1976) by Leslie Thomas