Posted on 27 October 2015 by Cavershamragu 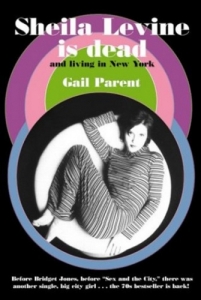 A slight change of pace here at Fedora, revisiting a comic novel from the 1970s. Sheila is a young Jewish woman from Pennsylvania who in the early 60s heads to the Big Apple in search of domestic bliss. After a decade of setbacks though, she decides to kill herself. But before taking this final step, she decides to set down just what took her to this point. Hugely popular in its day, this funny and painful novel was filmed in 1975 (and was the basis for an unmade TV pilot too). We begin, at the end …

“I’m entitled to have an orgasm. It’s my right. The first guy who’s going to give me one, I’m going to marry”

On the first page Sheila, now 30 years old, tells us she has had enough and is going to kill herself. But first she goes over the last decade of her life to explain her actions to her few friends and her overbearing Mum and passive Dad (though she’s not too worried about her young sister Melissa, who had the unmitigated gall of getting married before her). Sexually outspoken and with some very salty language, this sometimes plays like the distaff side of Portnoy’s Complaint (Sheila even says so early on), with its confessional mode, episodic structure, and relentless sense of a child who is not able to break free of the shackles imposed by a possessive if loving mother (which pays off in a massive way in the finale by the way).

“(Gynecologists are in the protection racket. Spread it around.)” 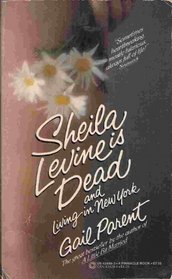 Struggling under the burden of unrealistic expectations centered entirely on happiness through the conventions of marriage and becoming a parent, Sheila never seems to find her niche. She is overweight and somewhat ungainly and feels that she is not obviously attractive – she has plenty of sex, making herself easily available, but as a result devalues herself on the market. While she constantly jokes that her experiences just don’t match what she learned in movies starring Doris Day (who was born Doris Mary Ann Kappelhoff), the constant sense of disappointment is forever present, though tempered by plenty of humour. The book is filled with hilarious asides (usually delivered either in clock capitals or in parentheses) as she goes from one disaster to another, endlessly looking for the right man to marry but ultimately just having to make do with a lot of unfulfilling sex instead. Saddled for years with the world’s dullest boyfriend (but her Mum loves boring Norman, needless to say), she fulminates against flat-chested girls with straight her, cute-looking guys who turns out to be gay and a world just doesn’t seem ready to give her what she needs. The only person who really falls for her turns out to be Agatha, a woman she meets of Fire Island, which is unfortunate because Sheila just doesn’t “dig that sort of thing”). Even when she goes looking for spiritual renewal and heads for a holiday in Europe with Linda, her roommate and best friend (who is forever breaking up with guys for the daftest reasons), she can’t break the pattern – she gets dumped by her friend for most of the time (Linda finds a suitor right away, on the plane out) and when they come back, their place has been robbed – the cops are not especially sympathetic:

“You haven’t got a chance in hell that you’ll ever see your stuff again.”
“Can’t you check the pawnshops? They did that once on Dragnet.”
“It ain’t going to show up. You’ve got to be crazy, lady, if you think it’s going to show up.”
“Thanks anyway.”
“You’re lucky to be alive, lady.” 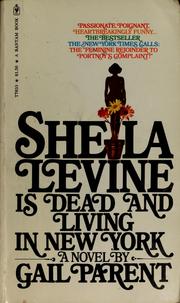 So the time comes when she sets her plans in motion and starts planning her suicide. She of course has high expectations here too, spending a huge amount of time getting even the right kind of underwear in which to be buried. She decides on a day (July 3rd so she’ll be buried on Independence Day) and starts to actually enjoy herself much more when she stops worrying about money, her weight and so on. There are some hilarious problems along the way (she can’t get a single plot in the graveyard of her choice so has to buy two adjoining ones – the universe just doesn’t want to stop reminding her she in unmarried it seems). So, will Sheila finally find a way to keep on going or will she take the pills and die? Parent comes up with a smart ending that is consistent with what has gone before and which keeps the mixture of laughter and tears at just the right level. Yvette Banek, the charming hostess of In So Many Words … reminded me of this book the other day, and the movie adaptation, and sent me scurrying to the loft, where I found my copy from long, long ago. Thanks Yvette – the book was great – the movie though …

The screenplay for the film was by Parent and her longtime writing partner (and former New York University classmate) Kenny Solms and she also has a small cameo, so one assumes she was fairly heavily involved in the production. However … Jeannie Berlin (daughter of Elaine May by the way) plays a much more gauche and weak version of the character in the novel. Also, physically she is far from perfect casting as Sheila because she is rather slim and it is such a major part of the book that the character is forever obsessing about being overweight and envious of the stick thin creatures who end up with the available men. Speaking of which, Roy Scheider plays a new character, Sam, and much of the story now is based around her relationship with him while he ends up with her roommate instead. In a sense, it’s the movie version that Sheila might have liked as it irons out most of the rough edges, streamlining the story into a more conventional Hollywood romantic comedy mould – but it’s become, in part at least, precisely what the book was making fun of. Weird thing to happen and a real shame frankly …

DVD Availability: This title is not currently available commercially on DVD but can be streamed via iTunes and other online services.

I enter this review as part of Bev’s 2015 Silver Age Vintage Mystery Challenge Bingo in the ‘woman in the title’ category: 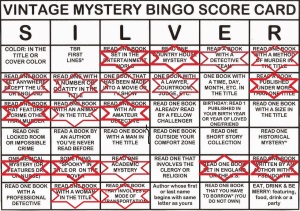