Posted on 18 April 2016 by Cavershamragu

With the success of The Lady Vanishes, Hitchcock got a contract with producer David O Selznick and headed to Hollywood to make the Oscar-winning Rebecca – and never looked back. This period saw the director blossom as he got to use bigger budgets and international stars but was unhappy at being loaned to pretty much every studio in town (including RKO, Fox and Universal) by his wayward and over-stretched producer. He ultimately got his freedom and headed to Warners, to make one of his most technically ambitious films, Rope. And it was during this time that he found his great on-screen alter egos in the shape of Cary Grant and James Stewart.

“What is drama but life with the dull bits cut out.”

Rebecca was a huge hit but was also a baptism by fire, as the director clashed constantly with a producer who wouldn’t deviate from the text when ti came to adapting the popular Du Maurier novel. In britain Hitch had been used to playing fairly fast and loose with his literary sources if he and his writers felt it necessary. Conversely, when it came to turning the Anthony Berkeley novel Before the Fact (as by ‘Frances Iles’), textual fidelity was out of the question for the controversial climax, much to the director’s chagrin. Along with transplanting his ‘innocent man on the run’ scenario (for Foreign Correspondent and Saboteur),  it was during this time that Hitch also experimented with screwball comedy (Mr and Mrs Smith starring Carole Lombard), made the first of his films restricted to a single setting (Lifeboat) and also his first in Technicolor (Rope). There was also a very fruitful collaboration with Thornton Wilder that resulted in a fascinating look at the dark side of Americana with Shadow of a Doubt starring Teresa Wright and Joseph Cotten. And then there were the three films starring Ingrid Bergman, two of which – Notorious and Spellbound – remain as popular now as they were then. But of the dozen films Hitchcock directed in the 1940s, which two are your favourites? 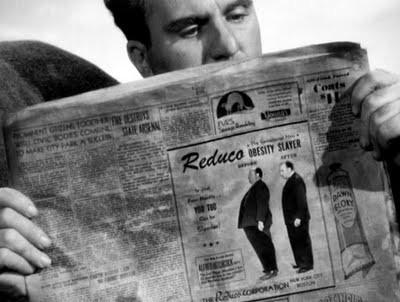