Posted on 15 April 2016 by Cavershamragu 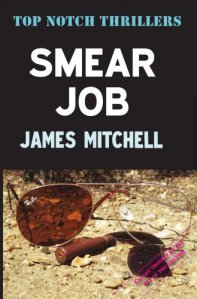 David Callan is a dyspeptic working-class spy employed by a spartan MI6 black ops unit known only as ‘The Section.’ An exceptional marksman with a deep-rooted (and usually well-founded) distrust of authority, his nasty assignments do little to assuage his sense of unease. Originally created for television, the character eventually migrated to the cinema and on to the printed page. This was the fourth and longest novel in the series, featuring a sprawling narrative that moves all round the globe.

The Callan TV series ended in 1973, leading into Mitchell’s novel, Death and Bright Water (1974), involving an adventure in Crete. Smear Job pretty much picks up from there, with Callan still out of the section and working in the private sector, doing very nicely selling security systems with the help of Lonely, his smelly but loyal friend. But Hunter comes a calling as he needs them both to go to Sicily to steal a copy of Das Kapital from the safe of an English nobleman, and to also make sure that a German man he knows loses heavily at cards too. While Lonely, Callan and voluminous card sharp Bulky Berkeley head off to Sicily, Hunter gets his men Meres and FitzMaurice to deal with a bit of local bother that has taken too much interest in Lonely’s activities. We are also given brief episodes dealing with the drug-addled sexual exploits in the US of one ‘Trudi von Nichts’ and it is this part of the plot that takes the longest to come into focus. Then things get really complicated, leading to trips to New York, Las Vegas, Mexico and Bonn before a climactic showdown on the Suffolk coast.

The man in the doorway was smiling, but that smile had never reached his eyes 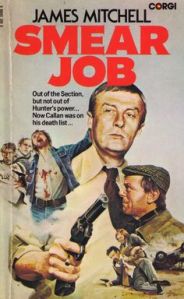 This thrilling book is a bit of an epic (the original hardback ran to over 300 pages and there’s enough story here for two novels) and does have a valedictory feel about it, rounding off almost a decade in the career of our anti-hero. Callan starts off a little out of shape but is quickly back on top form before once again hitting the bottle as he becomes overcome by the cynicism all around him and having to try and claw his way back again. And ultimately this is a story of Pyrrhic victories where survival, meaning ones own sense of self, is the only true thing you must be able to walk away with still intact. As the book opens, Lonely is actually enjoying going ‘straight’ as a security consultant in Callan’s firm and is looking forward from now on to being an executive known as ‘Roger de Vere Bollivant’ but he probably has some growing up to do first (as his Uncle Lennie puts it) as Hunter’s machinations put him in jeopardy. The dialogue is as crisp as ever and Callan’s many exchanges with Lonely are, as always, a true highlight.

“You’ve got it all wrong,” said Callan. “We don’t want to destroy her. Just use her.”

The action when it comes is handled with the author’s customary immediacy and succinctness while the plot is enjoyably convoluted, though Mitchell never loses his firm grasp on the material. Perhaps the section set in the US is a bit less compelling that the rest of the story set in Europe, simply because Lonely is completely absent. But this is very much by design, as Mitchell wants to bring into relief Callan’s loyalty to the man and the sense of responsibility that he feels for him, which of course makes him vulnerable to manipulation by Hunter. Indeed, what eventually emerges most strongly, especially though its two main female characters – the doom-laden Trudi and the smart and idealistic Elizabeth Manette, a US senator’s daughter who learns of her father’s feet of clay the hard way – is the way that friendships are exploited by the powerful and cynical to their own ends, with no one (not even Hunter by the end) spared from this.

Back in print after an absence of more than thirty years, Top Notch Thrillers have now produced new editions of all of the Callan novels, which is great news for fans of Cold War espionage as Mitchell was a truly first-rate thriller writer. For further details, see the Ostara website.

Thanks very much to Mike Ripley and those lovely people at Ostara for providing me with this review copy – as you can probably tell, I really liked this one a lot so the book is very highly recommended.

For further info about the Callan books as well as the TV series and the associated spin-offs, you should certainly visit Spy Guys and Gals and Enid and Daza’s It’s So Last Century and I especially recommend the various posts by Nick Jones on Mitchell and the Callan saga over at his Existential Ennui blog. 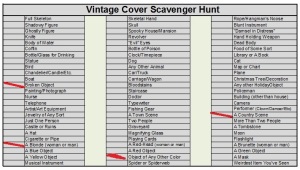