Posted on 23 February 2016 by Cavershamragu 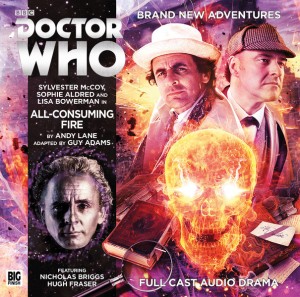 This audio production is an adaptation of the 1994 novel by Andy Lane that brought  together Sherlock Holmes and, wait for it, Doctor Who. In addition there are also elements of the HP Lovecraft Cthulhu mythos too. Now, I realise that this may not appeal to all of you but this is a splendid treat and once you accept the premise of the pastiche, this audio never puts a foot wrong.

The Plot: The Library of St. John the Beheaded contains the most dangerous books in all creation so when some of them are stolen who else should the Vatican call but Sherlock Holmes?

Sherlock Holmes: “Confound that woman! Why will she insist on tidying? How am I supposed to find anything? One day someone will hang simply because Mrs Hudson sees fit to dust my bookshelves. While the rope creaks I will still be hunting for a valuable footnote or vital chemical formula sure in the knowledge that I could have placed my hand on it in seconds if only someone hadn’t moved it!”

The four-part, 2-hour production begins splendidly with Holmes and Watson on the Orient Express being flagged down by a nother train (one bearing the papal seal). It seems that three important books have been stolen from the Library of St John the Beheaded in Holborn (here in London, round the corner from my office as it happens) and the discovery was made by the Doctor, here appearing in his Seventh incarnation in the impish, endlessly surprising and always very welcome shape Sylvester McCoy (and yes, he is my favourite incarnation of the role, along with Matt Smith). When Holmes meets the Doctor there is a terrifically funny scene in which the great detective finds himself unable to practise his usual trick of determining where he deduces where his guest has come from (the contradictory evidence offered by the planet-hopping, time travelling Doctor of course scrambles and ultimately defeats Holmes’ methods). 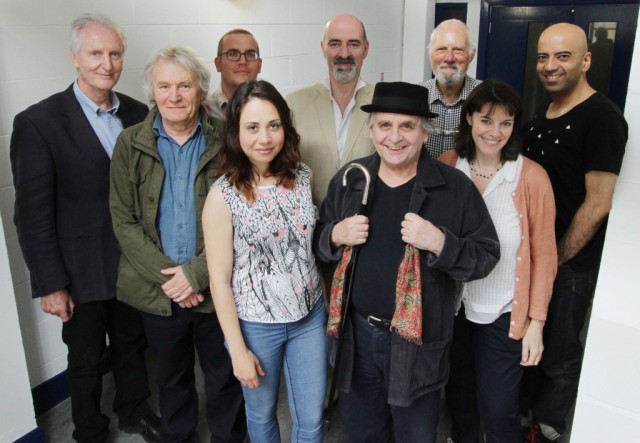 They are soon able to determine that Baron Maupertuis must be the one responsible for the stolen books, which it turns out hold important information about a portal to another dimension collected decades earlier by Holmes’ father (leading to the introduction of Sherlock’s ailing older brother Sherringford). This sees the team head off to India and a meeting with the Doctor’s archaeologist friend and sometime travelling companion, Bernice Summerfield (the star of her own series of books and audio adventures, played as ever by Lisa Bowerman). For once, on meeting the great duo,  the unflappable Bennie is actually pretty impressed:

Bernice Summerfield: “Sherlock – honest to god though, why is he not wearing that hat? – Holmes and John Watson, of course! He’s vaguely hot in a tweed and moustache and ‘kippers for breakfast’ sort of way.”

At this point Bernice (who is passing as ‘Bernard’ to avoid problems with the sexist times) takes over the narration from Watson and the story becomes less like a Holmes case and more of a Doctor Who adventure as we catch up with Ace, the Seventh Doctor’s companion at the time, who is on another planet, one that Maupertuis apparently intends to conquer in the name of the British Empire.

Bernice Summerfield: “Stopping the humans from invading the aliens –  makes a change”

What we have here is a real extravaganza, a mashup of two very different icons of pop culture, but ones that are resolutely British, which makes the satirical jibes at the Empire treatment of aliens even more piquant. More importantly, the characters are all treated with respect and one really can’t see the join, which is a very neat treat indeed and one well worth savouring. It helps of course that the Big Finish audio company already produces new Sherlock Holmes and Doctor Who adventures and importing the casts (and their respective theme tunes too) works superbly. And for Sherlockians out there that might be doubtful, it is I think worth pointing out that Lane has gone on to prove his form by becoming the author of the well-received series of Young Sherlock novels.

I recommend this production without reservation – with its humour and vigorous high spirits and a globe and galaxy-trotting plot involving secret societies, papal libraries and spontaneous combustion, it is a delight from start to finish. My blogging friend the Puzzle Doctor reviewed this one over at In Search of the Classic Mystery Novel and liked it pretty much as well as I did, if you need any more convincing. To find out more about the production and several behind-the-scenes photos (such as those included in this review), see Can Scott’s homepage at: http://cavanscott.com/

To order this production on CD or as a download visit the Big Finish website at: www.bigfinish.com/ 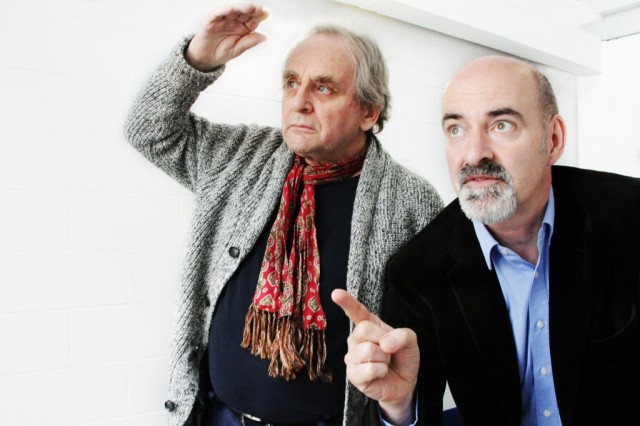