THE GARDEN PARTY AND OTHER STORIES by Katherine Mansfield

Posted on 12 February 2016 by Cavershamragu 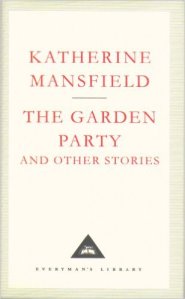 Here is a brief review for a title that might seem like an unexpected choice for a blog mostly dedicated to crime and mystery fiction, but …

A good mate of mine gave me this book as a present in advance of my trip to New Zealand last month and so it followed me through Queenstown, Lakes Wanaka and Wakatipu and Milford Sound, all amazing places. Katherine Mansfield (1888–1923) spent as much of her brief life there as she did in Europe and her stories reflect this divide.

I offer this review for Patti Abbott’s Friday’s Forgotten Books meme over at her fab Pattinase blog.

“I’d rather you didn’t stop. … Youcan’t, and there’s the end
of it. I don’t let out that paddock any more. You’ll have to go on; I ain’t got nothing!” – from The Woman at the Store

Born Kathleen Mansfield Beauchamp in Wellington, New Zealand, the author moved to the UK but then travelled back, while also having extended stays on the Continent, partly to deal with her tuberculosis. The stories in this anthology, which range from among her first and last to be published, focus almost entirely on women and their experiences in a world defined by an entrenched patriarchal culture. It is a mark of their quality and insight that the work is still so relevant and easy to identify with, even though the superficial outlines of the world they depict are now long gone. In this collection we are given engrossing and highly evocative vignettes depicting, among many, the lives of lonely young shop girls in London; middle-aged wives on the Continent suffering through unhappy marriages; and the brutal existence in the outback of New Zealand. All are told with a style and technique that was part of the avant-garde but which can just as often be naturalistic or impressionistic, though it is the interior landscape of its characters that comes through most forcefully time and again.

Within this substantial collection, which includes 21 stories, there are two that I want to focus on. Both are set in New Zealand and I think that fans of crime and mystery fiction, and good literature in general, really should check them out.

The Woman at the Store (1912) – download PDF here
Originally published under the pseudonym ‘Lili Heron’ this tale of the savage wilds of New Zealand is told from the point of view of a group of riders looking for a place to stable their horses and get some food before starting up again in the morning (the narrator, female, is unnamed throughout). Set suring a long night, it tells the story of a mother who appears to have gone half-mad and her feral daughter, who communicates mainly through drawings. Her husband, according to her, has been away sheep shearing but the riders assume that he must have abandoned her. One of the men spends the night with the wife but a dark secret is revealed in an unexpected manner right at the end of the tale. While this is structurally a more conventional tale from Mansfield, it is highly memorable none the less.

“She was not frightened any more. She was furiously angry. Her heart banged like a drum.” – from Millie

Millie (1913) – download PDF from here
The protagonist is Millie Evans, a rather bored housewife who waves her husband off as he heads off with a posse to find the man who apparently killed a local farmer. Later that day the fugitive appears on her property – rather than shoot him she instead offers the frightened individual some food and drink. And then … While reminiscent of Somerset Maugham with its depiction of the unexpected passions of colonials, this is also an astute study in hysteria and works extremely well. 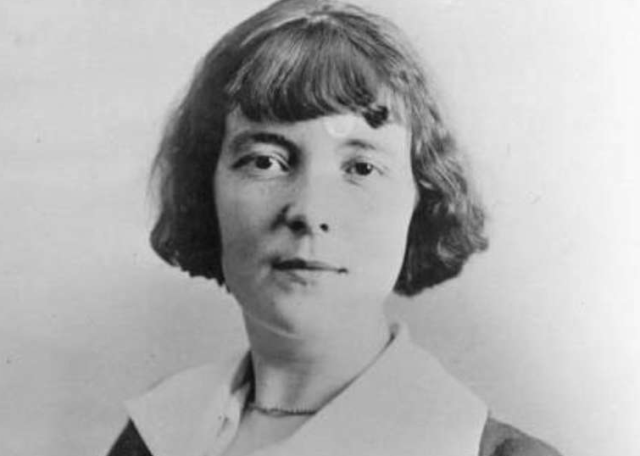 These tales are not necessarily the author’s best or best-known but are highly distinctive and in their depiction of women a century ago are full of fascinating observations and insight and just loaded with subtext barely beneath the surface – it is easy to see why Mansfield was so often compared with Virginia Woolf though Ford Madox Ford also came to my mind as I read them (as did a much later writer, Shirley Jackson).

The hardback Everyman edition has a detailed introduction by Claire Tomalin, who also selected the stories contained within, and is very good primer on a writer who is not well enough known. The title can create a bit of confusion though as the last collection to be published by Mansfield before she died is also called The Garden Party and other stories (1923) but the contents are not the same. That collection is very easy to get for free as Mansfield’s work is now out of copyright. You can for instance download a copy from The University of Adelaide as well as archive.org but most of her stories can be downloaded from the website of the Katherine Mansfield Society.

For a more detailed look at Mansfield work, and the original 1923 collection published under this same title, you would do well to check out Karen’s fine writing at Kaggsy’s Bookish Ramblings.