Posted on 2 April 2015 by Cavershamragu

Reg Wexford and Mike Burden, the two top cops of Kingsmarkham, have a very cunningly conceived plan to unravel in their ninth case, which has always been one of my favourites. Angela Hathall is found strangled in the home she shares with her beloved husband Robert, who discovers the body on his return from collecting his (absolutely awful) mother from London for a visit. Actually, its his mother who discovers the body, and in a way she is quite pleased as she much preferred his first wife …

She paused and smiled. “People make such a mess of their lives, don’t they?”

After fifteen years of marriage Robert left his wife after meeting Angela, leading to a bitter feud including his teenage daughter and his mother. Ultimately the divorce settlement was made, leaving Robert and Angela virtually penniless, so they moved to their current little house, owned by her distant cousin. The two had no friends and no social life, apparently disdainful of others and happiest in their own company. And now she has been found dead. There is virtually no physical evidence to speak of – the house had been thoroughly and meticulously cleaned for the arrival of Hathall’s exacting mother (a doomed attempt at a rapprochement) so there are practically no fingerprints, no evidence of a break-in and because the house is so isolated, there are no witnesses. The one piece of evidence is the hand print of a woman found inside the bath – it has an L-shaped scar on the forefinger and when Wexford asks Hathall about it, he is sure the man is lying when he says he doesn’t know who it could belong to. Reg becomes convinced Hathall is guilty of the murder, despite the fact that he has an unbreakable alibi (he was in London at work all day before meeting his mother at the strain station) and no apparent motive as everyone said he loved Angela.

“I’ve never come across a family so nourished on hatred”

Having just re-read The Pledge (which I reviewed just the other day), I was surprised by the similarities of these two novels. In both at the halfway mark the detective is told the investigation is closed but decides to go it alone having become obsessed with solving the murder. In Wexford’s case it takes him 15 months to find the solution, going so far as to hire a man to watch Hathall after he moves back to London. He even involves his nephew Howard, also in the police, to carry on the investigation unofficially. But is Reg right, or is he letting the fact that he, like everybody else, has taken an instant dislike to Hathall, mar his judgement? And how is the alluring Nancy Lake, who briefly met Angela that day, involved? Will Reg succumb to her charms? What is she hiding ..? And what about that book on Gaelic?

I recommended this one to my blogging buddy the Puzzle Doctor but, as you can see from his review at In Search of the Classic Mystery Novel, he was very far from impressed. Bev’s impressions of it over at My Reader’s Block however chimed in much more with my own. I still think the central idea a very clever one and liked the way that Rendell handled Reg’s obsession and the apparently pointless manhunt.

Following on from the success of his Adam Dalgliesh TV serials, producer John Goldsmith decided to give the Wexford books the same treatment, starting with Wolf to the Slaughter. The results were a bit mixed (the music was execrable, later replaced by a much more memorable Brian Bennett score) but he definitely got the casting right with the late George Baker perfect as Wexford and Christopher Ravenscroft perhaps even better as his often hard-to-like sidekick, Burden; Louie Ramsay co-starred as the Inspector’s wife, Dora (she and Baker later married in real life) while from Some Lie and Some Die onwards, Diane Keen joined the cast as Jenny, Burden’s second wife. The 1988 TV adaptation of Shake Hands Forever is in three one-hour episodes and quite remarkably faithful, following the original structure precisely and keeping pretty much all the characters, situation and dialogue with a minimum of alteration or embellishment. Shot on video tape but out of the studio and on location, it privileges dialogue at all times and so this can make it a bit slow-moving (and a bit pointless if you’ve actually read the book) but along with the stars the supporting cast is truly first-rate, with Tom Wilkinson incredibly good as the disagreeable Hathall.
The Wexford TV series 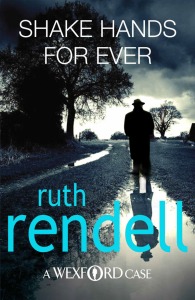 DVD Availability: Although released in the good old days of VHS, this has not, to my knowledge, yet been released on DVD in the UK though you can get it in Germany. 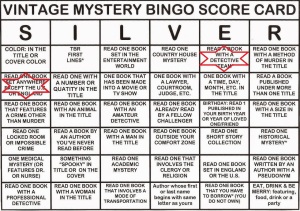