Posted on 6 February 2015 by Cavershamragu 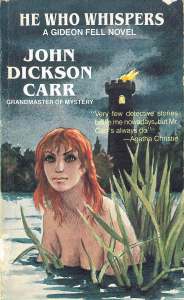 This classic Golden Age detective story features a seemingly impossible murder and came top of the 2014 John Dickson Carr poll, somewhat to my surprise. I hadn’t read it in a while (well, try 30 years actually, and only in translation) – in fact, I didn’t even include it in my own top 10! Clearly this was the perfect time to re-read this one – is it as good as everybody said? Set immediate before and after the Second World War, we open with a meeting of ‘The Murder Club’ in London and a discussion on an impossible crime …

“Crime and the occult!” Professor Rigoud had declared, flourishing his knife and fork. “These are the only hobbies for a man of taste!”

Gideon Fell has invited Miles Hammond as his guest to listen to Professor Rigoud recount an (as yet) unsolved impossible crime that occurred in Chartres just before the war. A wealthy Englishman, Henry Brooke, was found stabbed with his own sword-cane at the top of a tower despite having been there alone according to several unimpeachable witnesses on three sides of the structure. The only other way to reach him was also impossible as it would have meant scaling a sheer wall several storeys high that faced a river.

“It almost seemed that the murder, if it was a murder, must have been committed by someone who could rise up unsupported in the air … “ 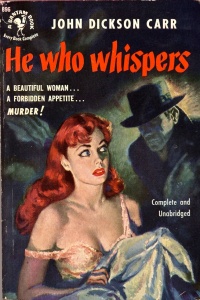 Despite this Brooke’s secretary, the mysterious and alluring Fay Seton, is accused of the crime – she was engaged to his son Henry but a whispering campaign about her had gripped the little village, accusing her of everything from sexual indiscretion to vampirism! The war is now over, Henry and his mother are dead too and Fay is back in London. Miles has just inherited a house in the New Forest from his uncle with a large library that needs cataloguing and he hires Fay for the job. They travel down there with his sister Marion, who that night is found in her room nearly dead from shock after having fired a gun at something outside her second floor window, which is fifteen feet from the ground …

“No burglar on earth could scare Marion. She is not exactly what you could call a nervous type”

Let me say that I flat-out loved this book! It is an ultra typical Carr extravaganza involving an impossible crime, intimations of the supernatural, an eerie depiction of pre-war France, an incredibly evil murder method inspired by Italian occultist Cagliostro, an apparently ‘bad’ woman who the author refuses to judge, and it also includes a fascinating depiction of London’s Soho and the underground system immediately after the war. And to top it all, a very, very well concealed villain. I got there about a page early, but it was as usual with this author a genuine thrill to see just how well the wool was pulled over my eyes. I think this book will have to be added to my Carr top 10, though there are so many exceptional detective stories of his to choose from that I always agonise over that sort of thing. It is not perfect as it does rely on several coincidences, though they don’t really hurt the book – and anyway such small imperfections are obliterated by the sheer cunning of the story. It also features, in one of its closing revelations, something that must have been considered a bit daring for its day, once again proving that Carr could be quite a modern author in some respects. And a final page that is, in its own very idiosyncratically romantic fashion, unexpectedly moving. When adapted for radio, some of the coincidences were smoothly removed, but so was at least one of its most distinctive touches … 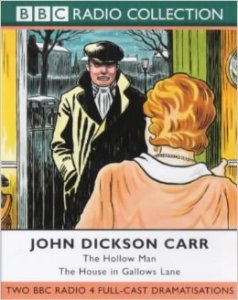 In 2000 the BBC broadcast a one-hour adaptation of the book as part of its Gideon Fell series starring the late Donald Sinden – these were all produced and directed by Enyd Williams and dramatised by Peter Ling. In adapting it, Ling made a number of small cosmetic changes to keep the series consistent, including dropping one character entirely (I shan’t say which, as it’s a potential spoiler), so giving a more prominent role for Hadley (the books adapted for the series were nearly all chosen from the ones in which he originally appeared). The story is relocated to 1937, with the events in France taking place in 1931. Some of the coincidences are also tidied up, with Fell and Hadley responsible for bringing Fay Seton and Miles Hammond together, while the business about the last-minute rush to catch the train to London is also made a bit more plausible. One the other hand, Seton’s character and motives are simplified – perhaps for reasons of space or taste, though it does rob the story of a truly memorable character trait, one rarely seen in GAD fiction. Still, this is otherwise very faithful and Sinden makes for an engaging Fell, though admittedly he was not an obvious bit of casting (he might have been better as Merrivale, though I have always fancied Timothy West in the part). As always with the BBC, the production is technically impeccable, though I never liked the rather jolly theme music (the composer is uncredited). 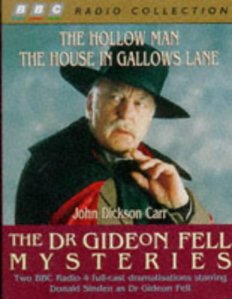 Availability: The first two productions – The Hollow Man and The House in Gallows Lane – were released on audio tape but never on CD. The series is occasionally repeated on BBC Radio 4 Extra and copies are in circulation on the gray market and are well worth finding if you are a fan f radio drama … Also worth keeping an ear out (sic) for The Genius of Gideon Fell, a documentary made as part of the BBC radio series The Radio Detectives by historian Jeffrey Richards devoted to Gideon Fell on radio, including coverage of the early Carr plays from the 1940s. 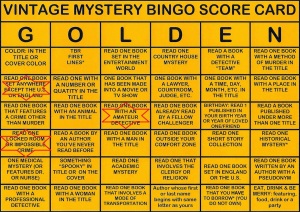