Posted on 12 August 2014 by Cavershamragu 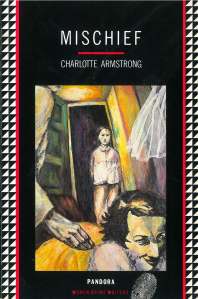 That truly disturbing suspense character, the unhinged baby sitter, helped to get entrenched with Mischief, Charlotte Armstrong’s novel subsequently filmed as Don’t Bother to Knock with Marilyn Monroe. We begin in New York as Peter and Ruth Jones  await the arrival of the sitter to look after their nine-year-old daughter …

The following book and film review is offered for Katie’s 2014 Book to Movie Challenge at Doing Dewey (for links, click here); Bev’s 2014 Golden Age Vintage Mystery Challenge; and Tuesday’s Overlooked Film meme hosted by Todd Mason over at his Sweet Freedom; and the celebration of 1952 mysteries over at Rich’s Past Offences.

She drew the hairbrush once around her throat

Told in real time, we start with a charming portrait of the Jones family – Bunny is a very cute nine-year-old, used to having the attention of her devoted parents. Peter is the editor of a local newspaper, Ruth is his rock and a devoted homemaker – both are mad about each other and their daughter. They are staying in room 807 of a modest hotel, the Majestic, as Peter is due to accept an industry award but can’t leave as planned because they  have been let down by his sister at the last-minute so there is none to look after Bunny, who will sleep in the connecting room, 809. But Peter talks to the bellhop Eddie, who suggests his niece could babysit at short notice. When she arrives Nell proves to be young, pretty and extremely quiet – in fact somewhat remote, saying next to nothing. It turns out she has a history though, one Eddie has not shared with the Jones’ …

She said, “Won’t you sit down?” Her voice was flat and matter-of-fact. Yet he wasn’t sure whether she used a cliché or mocked one. 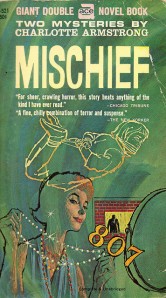 Jed Towers has a room at the same hotel and can see into room 807. A hard-bitten man about to fly West to make his fortune, he is trying to cool off after a silly argument with his girlfriend. Just about to break out his little black book, through his window he sees Nell making herself at home. He phones her and then heads over with some booze, looking to make-up for the seemingly wasted evening. Nell in the meantime has been trying on Ruth’s clothes and perfume (spilling most of it) and is paying no attention at all to Bunny. Jed is physically attracted to Nell but realises fairly quickly that she is not who she seems – and when Bunny bursts in, he realises she is the sitter and that he really should leave. But Nell doesn’t want that and threatens to say he broke in if he tries to go.

“You’re not going,” she said with no rising inflection at all. It wasn’t even a protest. She just said this, as if it were so.

The transition of Nell from rather sullen young woman to something much more troubling is handled steadily and expertly so as to give us a portrait of a deeply disturbed individual that is pretty convincing. The plot, on the other hand, does at this point start to strain. Having established that Jed is a hardboiled, no-nonsense kind of guy, he now seems incapable of finding a way of getting out of the room, seemingly just out of social embarrassment and the fear of what the baby sitter might say, even though he has barely been in the room a few minutes. When there is a knock on the door he ends up hiding in bathroom while Nell speaks to Eddie, who is sensibly keeping an eye on his niece. We learn that she was orphaned when her house burned down, killing her parents. Inevitably the reader will start to wonder just who set that fire, especially after Nell smashes her uncle’s head in with an ashtray after he heads for the bathroom.

He lifted his own head suddenly. Bunny was not screaming. The empty air pulsed in the sudden absence of that terrible sound 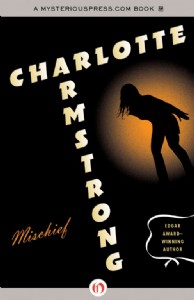 Having set up the basic situation, now it’s a question of seeing if Jed will do the right thing and save Bunny or just run out on the situation – Ruth has a niggling doubt about Nell and decides to head back while a neighbour, having heard the commotion after Eddie was slugged (he is now passed out on the floor of the bathroom) insists on visiting the room, as does another woman who happens to be passing by. The suspense is nicely built up though it doesn;t all feel credible but ultimately this is a story about one very disturbed individual and about more average people and what they will do when put under pressure. It’s been a while since I read anything by Armstrong and I enjoyed renewing my acquaintance, though there are a few improbabilities here, though I think these are inherent in virtually any story that decides to play out in real time.

This was also the way the movie version was structured, coming in at a brisk 76 minutes. It made a number of smart amendments too. Shot entirely in the studio, it makes a virtue of respecting the unities of time by also making the space more important. Re-named the McKinley, the hotel is now the sole space for the film – the Jones’ reception is merely in the ballroom and Jed’s girlfriend Lyn is a singer in the hotel bar and Nell can hear her performance piped in to the room via in intercom system.

Made by British director Roy (Ward) Baker, this is a small-scale effort that succeeds thanks to a really excellent cast with Marilyn Monroe and Richard Widmark especially well cast as Nell and Jed. Anne Bancroft made her movie debut here as Lyn and does OK, warbling through several songs (she was dubbed) but hasn’t got a lot to do except fight with Widmark until the end; Elisha Cook Jr is perfectly cast to type as the nervous, too eager-to-please Eddy. Perhaps predictably, Monroe’s character is broadened a little, more obviously a sad fantasist from a deprived background with an obsession with flying after a boyfriend flew away and never returned. Having survived a suicide attempt (the scars on her wrists are presented surprisingly directly), she now latches on to Jed because (in the movie) he is a pilot and reminds her of her lost love. 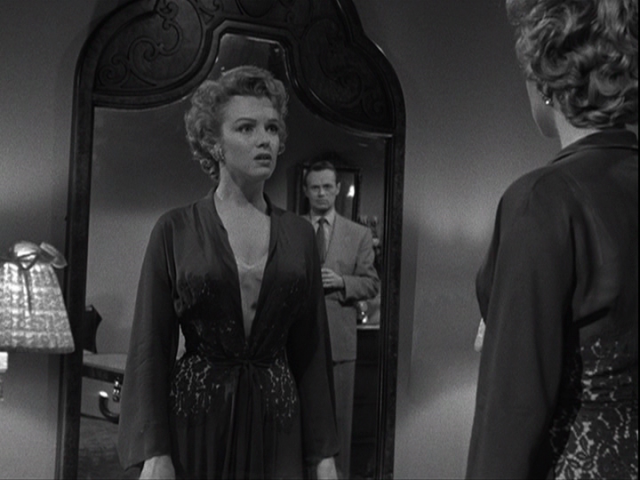 The movie predictably softens its stance on the characters but on its own terms works just as well as the book, which incidentally was later adapted again, this time for the 1991 TV movie The Sitter written and directed by Rick Berger and starring Kim Myers, Brett Cullen and Susan Barnes.

DVD Availability: Available on DVD in most territories in a bare bones but technically very competent edition.

I submit this review for Bev’s 2014 Golden Age Vintage Mystery Challenge in the ‘author I’ve read before’ category: 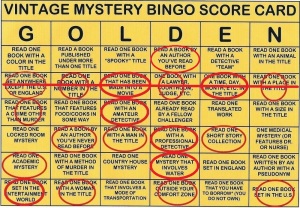