Posted on 13 October 2013 by Cavershamragu

Some great news reaches us from those very nice people at Ostara Publishing. In the year which sees the 25th anniversary of the founding of the Margery Allingham Society, Ostara is to publish new editions of the two novels to feature Allingham’s famous detective Albert Campion which were written by her husband, following her death in 1966. 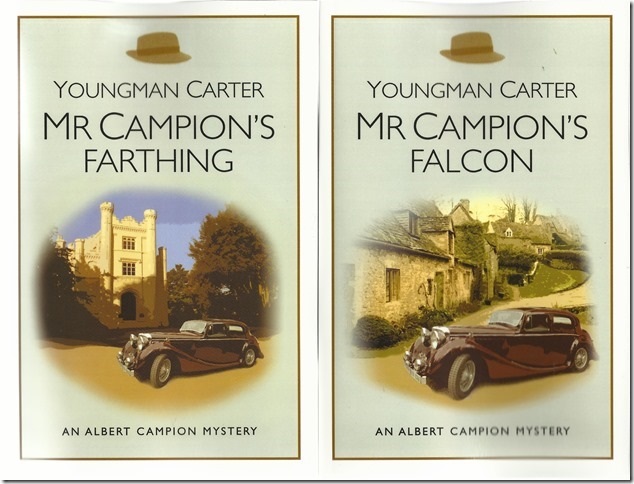 Mr Campion’s Farthing and Mr Campion’s Falcon, first published in 1969 and 1970, were written by Philip ‘Pip’ Youngman Carter, the artist and journalist who was married to Margery Allingham for almost 40 years  (They met aged 17 and were secretly engaged at 18, marrying five years later). Youngman Carter was an acknowledged (though un-credited) collaborator on many Allingham novels and  designed the dust-jackets for several of them. After her death, Youngman Carter completed her unfinished novel Cargo of Eagles, which was published posthumously in 1968.

Youngman Carter’s Mr Campion mysteries are now available in trade paperback and, for the first time, as eBooks. For full details see www.ostarapublishing.co.uk