Posted on 30 October 2012 by Cavershamragu 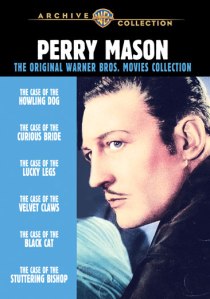 Before the hugely popular TV show of the 1950s and 60s starring Raymond Burr and Barbara Hale (not to mention the long running reunion TV-movies they embarked on two decades later), the cases of Erle Stanley Gardner’s ultra-sharp defence attorney Perry Mason were adapted for the cinema by Warner Bros. These initially starred Warren William, who at the time specialised in playing fast-talking lawyers, with Ricardo Cortez and Donald Woods taking over for the final two instalments. All six have just been made available on a two disc DVD set, so this seemed like a good opportunity to celebrate these stylish and fast-paced legal thrillers previously unavailable on home video.

The following overview is offered as part of the Tuesday’s Overlooked Film meme hosted by Todd Mason over at his Sweet Freedom blog and you should head over there to see the other selected titles.

Erle Stanley Gardner (1889-1970) was a lawyer of enormous energy with many outside interests, including writing fiction (which he undertook under several names as well as his own). After 20 years in the legal profession and nearly as long as a pulp writer, he created his Perry Mason alter ego. Dictating novels and short stories at a prodigious rate, he gave up his legal practice, churned out dozens and dozens of books and became closely involved in radio and TV adaptations of the Mason stories, probably because he wasn’t too crazy about the movies made at Warners. 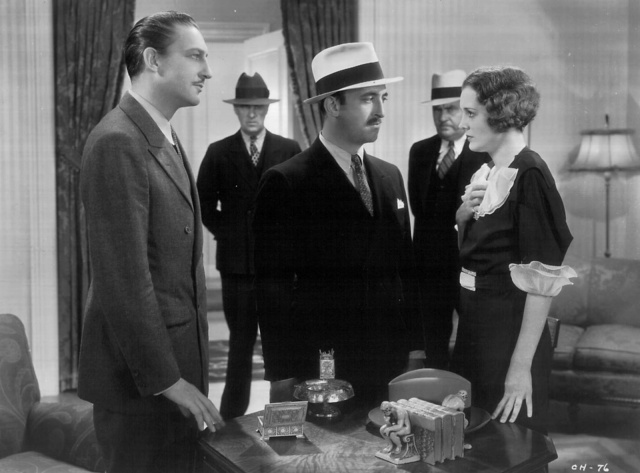 In these zippy thrillers Perry is much more smooth and upmarket than he was in the fairly hardboiled books Gardner was writing at the time for starters – also, the films quite often spent little or no time in the courtroom, which must have rankled a bit too, though the first Mason book (The Case of the Velvet Claws) is also unusual in the canon for not having any courtroom scenes. Fidelity aside, the movies are great fun though – here’s a quick rundown:

The Case of the Howling Dog
The series begins with what was then the newest tale – indeed, it was so new that it had only been serialised in magazine form and not yet published between hard covers. The plot begins with an unlikely case of canine domestic disturbance but soon involves murder and what was a peculiar recurrent plot motif in Gardner’s early Mason tales – a marriage that may or may not be legally binding. Warren William, who had just taken over playing Philo Vance from William Powell, makes a great debut as Mason driving this slick entertainment, notable for sprightly direction from Alan Crosland with some very mobile camerawork; the presence of Mary Astor who keeps us guessing as to whether she is the killer or not; and the complete absence of a musical score (not uncommon in early talkies). Long-faced comic foil Allen Jenkins here plays the cop being thwarted by Perry’s antics – in the next film he would be much more suitably recast in the Paul Drake role. In this film Della Street is played by Helen Trenholme.

The Case of the Lucky Legs
In this film Della is played by Genevieve Tobin though thankfully Allen Jenkins remains as Drake in this tale of a beauty contest fraud. Director Archie Mayo provides plenty of zip to what may be the most overtly comic entry of the series (it was promoted as a ‘rib-tickling Warner’ hit). This would be the last of the series to be afforded A status by the studio …

The Case of the Velvet Claws
Belatedly Warners got round to filming Mason’s actual first case, though with its anti feminist slant removed. They had started the series with high hopes and the first three pictures are all 8-reel A-pictures with directors and casts taken from the top-tier of the studio rank and file. But on the evidence of The Case of the Velvet Claws it seems that the returns must have been a proved disappointing as the films got downgraded to B-movies. Running times got cut down by about 15 minutes each to last about an hour or so on the bottom half of the double bill. This was the last to star Warren William as Mason and here he is reunited with Claire Dodd as Della, which is very appropriate because this is the film in which Perry and Della actually get married! Eddie Acuff however takes over from Allen Jenkins as Drake. 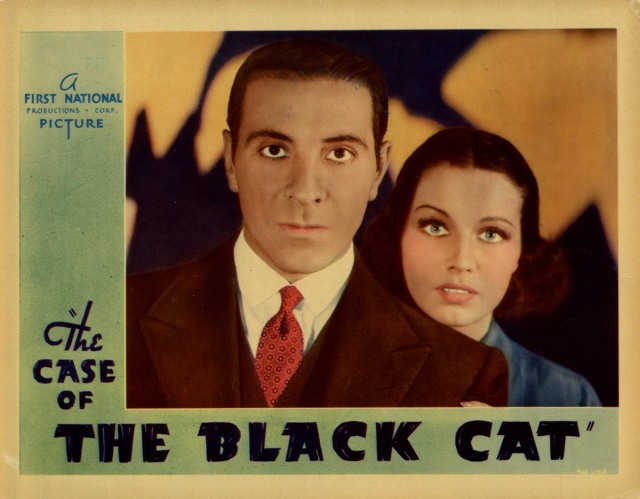 The Case of the Black Cat
In the kind of Hollywood reboot now more familiar from the revamps of the Spiderman  and Batman franchises et al, in this film Perry and Della are single again and are now played respectively by Ricardo Cortez, the screen’s first Sam Spade,  and June Travis, with Garry Owen as Drake. This film marked a sad end to the career of director Alan Crosland, who began production on the film but after several days of filming was badly injured in a car crash on 10 July 1936, dying six days later (William C. McGann completed the film). This entry was actually based on Gardner’s 1935 novel The Case of the Caretaker’s Cat but had the title changed to coincide with the film’s Halloween release on 31 October 1936.

The Case of the Stuttering Bishop 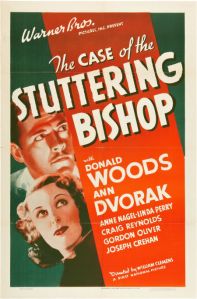 Perry and Della get new faces again for the sixth and final entry in the series, with Donald Woods, who in Curious Bride had played the weasel second husband of Rhoda, as the lawyer and the elegant Ann Dvorak as his faithful secretary. Joseph Crehan was the new Drake for a case involving a complex inheritance and inevitably murder too. A bit of a soft finish for the series perhaps, but isn’t that usually the way?

Strictly speaking, another Mason novel was filmed by the studio but you would be forgiven for not knowing about it as the belated adaptation of ‘The Case of the Dangerous Dowager’ became Granny Get Your Gun (1940), a vehicle for May Robson with a septuagenarian Harry Davenport co-starring as a lawyer named Nathaniel ‘Nate’ Paulson, which I suppose is a bit like ‘Perry Mason’ only with the letters all shuffled around. Understandably, this film has not been included in the new DVD set!

For details on the new DVD, visit the Warner Archive site at: www.wbshop.com/