Posted on 12 March 2012 by Cavershamragu 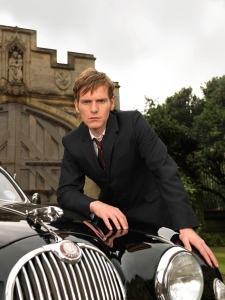 News reaches us at Fedora that following the screening of Endeavor in January, ITV has now commissioned a series of four feature-length films in which we will continue to follow the early career of Inspector Morse. Shaun Evans will return to play the role created so memorably by John Thaw and will presumably retain the 1960s setting. Colin Dexter stays on board as consultant and the main writer on the series will be the very experienced Russell Lewis. He wrote the first film, worked on the original series of Inspector Morse and also developed the hugely popular Lewis spin-off starring Kevin Whately and Laurence Fox. Are remakes, sequels and prequels the inevitable way of the future for cash-strapped broadcasters these days?

13 March 2012 – Update: ITV have confirmed that the cast for the series, which will begin filming this Summer, will see the return of:

This is very good news as far as I’m concerned as I thought the casting in the first story was very successful. That film is already out on DVD incidentally for those who missed it.

The official ITV website for the series can be found at: www.itv.com/endeavour

Sequels, prequels and remakes are generally frowned upon, not just because they are usually inferior to the original but because they are signs of artistic timidity and cupidity. I certainly don’t want to re-watch the remake of The Prisoner again despite the presence of Ian Mckellen. On the other hand, there are plenty of examples where this has paid off however – my list of favourite crime and mystery remakes would have to include the following half dozen titles at least: 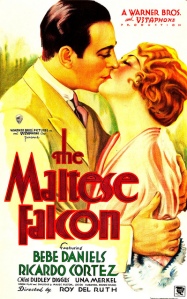 The Maltese Falcon (1941)
This was the third adaptation of the novel by the same studio in 10 years – very much a case of ‘third time lucky’ in this case, though the 1931 version starring Ricardo Cortez and Bebe Daniels is also highly impressive.

Scarface (1983)
More people have probably seen this than the original – that is a shame of course, but they are very different animals and De Palma’s film certainly deserves it own place at the table.

Heat (1996)
Michael Mann remade his own TV movie, LA Takedown, to deliver an overrated but still appreciably stronger film. The remake of his own Miami Vice however was incredibly dull …

Ransom (1996)
Originally a live one-hour TV drama then turned into a 1950s movie, the Ron Howard version starring Mel Gibson has one act too many but is none the less by far the better film, benefitting from changes in standards in society and what is permissible in a mass-market movie.

The Thomas Crown Affair (1999)
The Steve McQueen-Faye Dunaway version now feels like it is all style and no substance – this remake has a much better plot and can stand many more viewings, even if the mystique of the original stars perhaps could never be replicated. And the ending is much more satisfying and certainly preferable in terms of its sexual politics.

Ocean’s 11 (2001)
Much funnier and snazzier than the rather dull original with all the stars given much more to do and makes the love story much more central and surprising.

Casino Royale (2006)
Well, inevitably this is much more coherent than the slapstick 60s version but this Bond re-boot is a really class act, beautifully honed by director Martin Campbell and with a splendid performance from new leading man Daniel Craig.

This entry was posted in Colin Dexter, Inspector Morse. Bookmark the permalink.