Posted on 6 March 2012 by Cavershamragu

Hammer Films came to prominence thanks to the series of bold horror films they made in colour from the late 1950s and throughout the next decade, the best of which were directed by Terence Fisher. But they both got their start making dozens of modest black and white B-movie thrillers often featuring emerging , or waning, Hollywood actors. Stolen Face is one of these lower berth productions, though it does stand out from the mix for the way that it seems to presage many of the elements in the company, and Fisher’s, more celebrated later output. In fact, this is a real gallimaufry of a movie, combining as it does a slew of (then) popular genre elements, including classical music, a romantic triangle, plastic surgery,  psychiatry and a wild finish on a train …

From 1951 to 1955 Hammer Studios, through an arrangement with Robert Lippert Pictures in Hollywood (and bankrolled by 20th Century Fox through a backdoor for quota purposes), became one of the most industrious of UK film companies, cranking out tightly budgeted features at a prodigious rate. These were mostly thrillers and melodramas that helped establish the studio and the production team that would largely be responsible for its greater successes later on. But first things first. Once upon a time in postwar London, a leading plastic surgeon is very successful but is clearly in need of a rest … 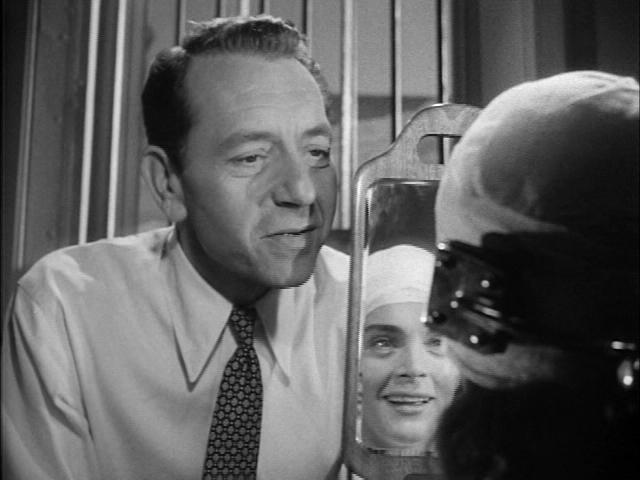 Paul Henreid plays Philip Ritter, a surgeon who seems imminently due for sainthood. When we first meet him he is checking the results on the latest of a series of free surgeries he has been conducting to restore hand movement to a young boy from a deprived background. He then meets another potential patient, an aging but very wealthy woman. Recognising that she has already been put under the knife by less expert hands, he tells her that he cannot in good conscience make much of a difference anymore, flatly turning down her offer of £1,000, much to her fury. He then heads over to the local prison for the latest in a series of operations that have helped many of its inmates become rehabilitated though his medical treatment, all of which of course is provided pro bono. It is here that the kindly warden (a nice cameo from playwright and future Dad’s Army co-star, Arnold Ridley) asks Ritter to talk Lily (played Mary Mackenzie though voiced by Lizabeth Scott in a nice touch), a persistent recidivist who seems to have taken up a life of crime following her severe facial disfigurement during a wartime raid. While the scars on her face are severe (and put well on display in what would become Hammer’s best manner), Ritter thinks he may be able to help her. On the way home he nearly crashes his car – burning the candle at both ends has really taken its toll and his partner succeeds in making the doctor take a well-earned holiday. 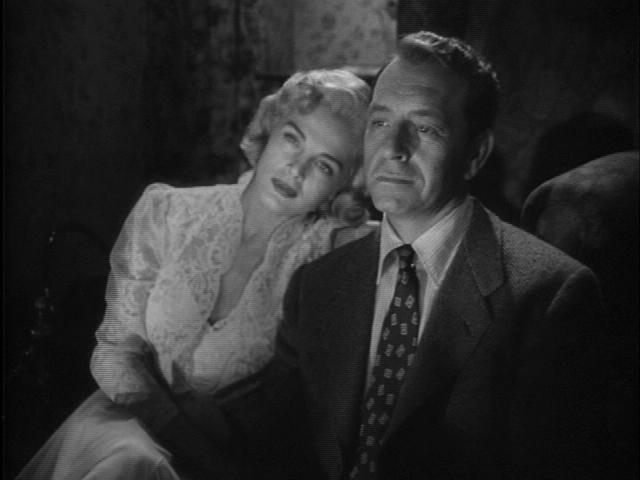 Stopping at a country inn, the romantic part of the narrative takes over. Ritter’s sleep keeps being interrupted by the sneezes emanating from the woman in the room next door and in the end he puts a note under their connecting door, suggesting she take some aspirin and a little brandy. She pops a note back to say she only has the aspirin … he takes his bottle over and meets concert pianist Alice Brent (Scott). The two, having ‘met cute’ in the time-honoured movie tradition, start a whirlwind romance in the warm embrace of the local folk, all of whom seem to have been won over by the obvious rapport of the couple. Ritter declares his love, but the next morning she is gone. Despondent, he goes back to work more obsessively than ever, and decides to put all his energy into giving Lily a new shot at life with a beautiful new face, one that he first sculpts into a statue with all his love and skill. In an act of what can only be described as romantic folly, he uses it as a guide to give the woman a new face – or rather, one that looks exactly like Alice’s, finally giving reason to the title of the movie. Lily proves to have a very different personality, no matter whose face she is sporting.

This plot development, in which a scientist creates in effect a dangerous new person through his surgical skills, certainly looks forward to Fisher’s Frankenstein films for the studio, but the movie also deserves some kudos for preempting many of the themes and motifs that Alfred Hitchcock would use several years later in his classic plunge into morbid romance, Vertigo (1958). In scene after scene, moments that we remember from the classic Hitchcock movie all get their first airing here – first there is the romantic obsession with a beautiful but unobtainable blonde who vanishes from a man’s life. He then makes another woman over in her image – dying her dark hair blonde, than buying her a new wardrobe, obsessing as he tries to recreate his lost love. We even get a scene centered on a broach that indicates the woman’s criminality, much as we would in the later film. Here though it indicates that Lily is in fact slipping back into her old habits – just having Alice Brent’s face and marrying her surgeon-cum-saviour seems not to have been enough to curb her darker impulses, the story switching course again into what would seem to be a crime plot crossed with a psychiatric case history about a woman suffering from kleptomania. 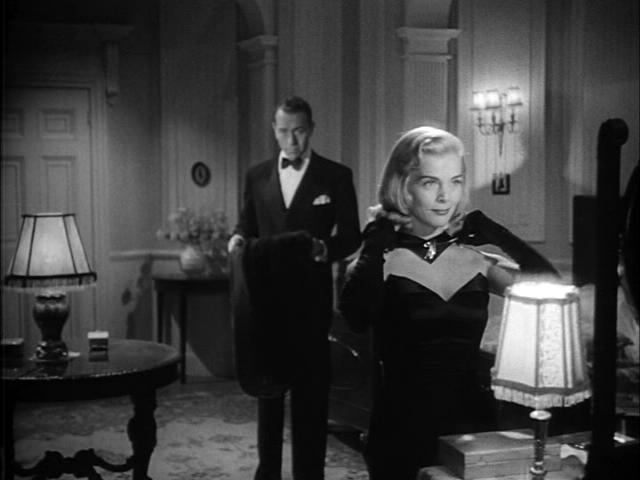 But what happened to Alice? We discover that she fled her romantic idyll as she has long been engaged to David, an older man (André Morell) to whom she feels a great sense of obligation. She travels through Europe successfully playing variations on the highly attractive piano concerto that Malcolm Arnold wrote especially for the film. As the concert tours extends, David realises that Alice is not really in love with him and so nobly bows out. All seems set for a reconciliation with Philip – except of course he is now married, very unhappily, to a woman that he has surgically altered to maker her look exactly like Alice … Scott has a great time playing both roles, a traditional good-vs-bad girl triangle rendered truly delirious by the movie’s bizarre plot twists. The story then contrives to lurch again into another genre as Alice becomes convinced that Philip is being driven to murder by the cruel antics of his wife, whose behaviour has become ever-more erratic after taking to alcohol. The scene is set for a race to the rescue and a climax aboard a speeding train.

This being a low-budget movie, there are few scenes in which Scott has to appear in both roles at the same time and all of them are handled through the use of a double, avoiding the use of time-consuming opticals. The results are actually pretty successful in the circumstances and the climax builds up some fair suspense as we wonder just who will try to kill who. The finale is a little bit too pat and, like Vertigo, doesn’t really solve things satisfactorily at a plot level, though one could argue that emotionally it is the only way the story could go in what is a variant on the story of beauty and the beast. Henreid makes for an appealing if rather stiff protagonist and it’s a shame that Mary Mackenzie is by necessity only seen in the early stages of the film before her surgery as she gives a fiery performance that contrasts well with Scott’s smoother style. 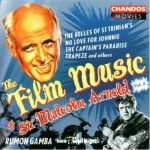 Along with two nice performances from the top-billed Scott (who does a fair if not completely convincing imitation of a cockney accent), Malcolm Arnold deserves a lot of credit for providing the film with an extra patina of gloss with his fine orchestra score. Those wishing to hear a suite can listen to an arrangement for piano and orchestra – the ‘Ballade’ – as arranged by Philip Lane and included in the album, The Film Music of Malcolm Arnold Volume 2 released by Naxos.

DVD Availability: The film is available in no frills but perfectly acceptable versions in the US and the UK. The former is technically the better of the two and is available as part of the Hammer Noir box sets released by VCI.