“What happened next made no sense at all”

Graham Greene’s The Third Man is combined with a James Ellroy-style exposé involving corrupt politicians and rogue cops in the second of Stephen J. Cannell’s series featuring 20-year LA Homicide Squad veteran Shane Scully. Following directly from The Tin Collectors (2001), masterfully reviewed by Margot Kinberg over at her Confessions of a Mystery Novelist blog, we find Scully undergoing mandatory psychiatric evaluation after he took some highly ‘unorthodox’ methods to unravel a giant conspiracy to cover up a land grab involving a Hollywood mogul, the LA Mayor and his Chief of Police. He also fell in love with Alexa Hamilton, rising star of Internal Affairs (the eponymous ‘tin collectors’) and discovered he was the father of Charles ‘Chooch’ Sandoval.

In the previous book Shane was set up as the fall guy by a man who he once considered to be his mentor in the police department before the two fell out. This basic situation is revisited in this follow-up, which finds Shane dealing with the public notoriety and life-changing consequences from his previous case. Shane is thinking of asking Alexa to marry him and in one of the sweetest scenes in the book, he first checks with Chooch about how he feels about Alexa becoming a permanent part of the family before they go out to buy an engagement ring. Chooch, following the death of his mother, is now living with Shane and with Alexa the three have formed a tentative new family unit. There are however many tensions bubbling just beneath the surface and some of these are exposed on the day that Alexa is to be given a medal for the work she did with Shane on their previous case – this while his central role in the investigation is being ignored by the department, leading inevitably to some domestic disharmony.  In fact the department is so afraid of embarrassment that Shane is escorted from the awards ceremony and is forced to watch it on close-circuit TV! Alexa’s boss was due to present her with the medal, but when he doesn’t arrive at the ceremony they go to his house and find him dead, the victim of an apparent suicide. Shane quickly decides it is in fact murder though things become more involved when he discovers two things: a small tattoo of a viking on the victim’s ankle, and the fact that Alexa and her boss used to be romantically involved.

But matters have already taken a very strange turn as earlier that day Shane had seen his oldest and best friend Jody Dean driving down Ventura freeway – which is impossible because Jody, an officer with the shady SIS unit, killed himself three years before. After the disappearance of Jody’s old commander, since retired, and the death of Alexa’s boss, who had also worked with Shane’s old friend, it looks like a another massive conspiracy within the department, a cover-up with links to the corrupt administration that was recently exposed. This is more than just an embarrassment for Filosiani, the new Police chief, a Brooklyn vet rather unpleasantly nick-named the ‘Day-Glo Dago’. We discover that, as with the case of Harry Lime in Greene’s classic screen story (and novella), our protagonist’s best friend has in fact faked his own death and betrayed the ideals that they once shared. 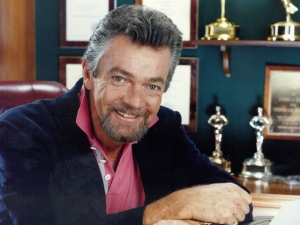 In time-honoured fashion Shane goes undercover to infiltrate Jody’s criminal gang as part of Filosiani’s plan to crack the case open. In a dramatic twist, Shane’s initiation goes horribly awry – the plan was for him to apparently agree to hand over the police’s details of the gang and their recent activities and then apparently shoot and kill Alexa, using special bullets, and so provide him with a way in. This goes badly wrong because when Shane shoots Alexa falls down, covered in blood – Jody has taken matters in his own hands and had the cartridges in the gun swapped for deadly ‘Black Talon’ bullets which explode on impact and so have penetrated the Kevlar flak jacket she was wearing as part of the sting operation. Shane is devastated but continues with operation for Chooch’s sake. He is flown to Mexico where his arrival is greeted with considerable hostility by Jody’s associates, all ex law enforcement officers taken off the books to run black ops who have decided to go into business for themselves. Shane will now have to do battle with Jody’s murderous associates, a voluptuous femme fatale working for Big Tobbaco and his own disintegrating sense of self – which is dealt a further blow when on television he watches Alexa’s funeral, where Filosiani blames Shane for her murder. All this in a plot set ‘south of the border’ in the world of ‘parallel markets’ where Fortune 500 companies participate in money laundering for the drug cartels.

“Unfortunately, it was the best sex he’d ever had”

Mostly this is highly entertaining Ellroy-lite and there is lots of action though occasionally the plotting is pretty implausible (an early scene in which Shane just stumbles across Jody’s lair near LAX being a case in point) while those who have read later volumes in the series will be able to see the big twist in the tale right from the beginning, though thankfully Cannell reveals this one about two-thirds of the way through. This is an exciting and basically fairly light read though I admit that I found this less rewarding that The Tin Collectors as there was a reduced emphasis on the characters, while this time round the drug smuggling plot is somewhat run-of-the-mill and a bit less credible – in fact, more like the kinds of TV shows that Cannell use to produce with such success in the 80s and 90s. He had an extraordinary track record as a writer and TV producer before becoming a novelist – his biggest hits included The Rockford Files (1974-80), The A-Team (1983-87), 21 Jump Street (1987-91), Hunter (1984-91), Silk Stalkings (1991-99) and Renegade (1992-97) in which he also took an acting role, though personally I was always very partial to his superhero comedy The Greatest American Hero (1981-83) co-starring the great Robert Culp.

The books are much more adult in content and language but still demonstrate his skills as a storyteller – strong narrative hooks, lots of action, a sense of humour and a fallible hero you can root for. Not Cannell’s best then, but a highly entertaining thriller none the less.

For more information on Stephen J Cannell and his books, visit the official website at: www.cannell.com/