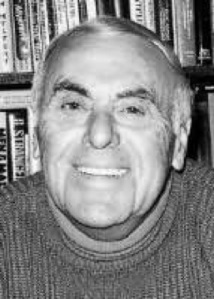 Following the spirited discussion of George Baxt and his novel A Queer Kind of Death, I have created an entry for the author on Wikipedia after discovering, to my great surprise, that there was none. It’s a bit bare-bones at the moment and I would be grateful for any and all comments, positive and negative, to help update it. Baxt was both a novelist, short story writer and a screenwriter and I hope to cover at least some of his output in the weeks to come, starting with the next two books in the Pharoah Love series. I also plan to look at some of his movies, such as the gritty heist thriller Payroll (1961), which followed on from a an earlier collaboration with director Sidney Hayers which showed his taste for the macabre and produced Circus of Horrors (1960), which though marketed as a horror movie is really a black thriller with some decidedly perverse touches.

Baxt was a fairly prolific author but for the most part it would seem that literary criticism has centred on the pre-Stonewall breakthrough in the 1960s on his Pharoah Love series, about a super-cool gay black detective, and his series of thirteen celebrity sleuth novels which seem to build on the work already begun in this area by Stuart Kaminsky. Along with the Love series I also plan to look at some of his celebrity mysteries, starting with his first, The Dorothy Parker Murder Case (1984).

Erika Remberg in CIRCUS OF HORRORS

I would however not be truly doing my duty in looking at the world of Baxt without pointing potentially interested readers to the new At the Scene of the Crime blog, which provides highly enthusiastic and detailed critiques of classic detective stories and which I highly recommend. Patrick began the blog following his posting on YouTube of sustained piece of criticism/invective aimed at one of Baxt’s lesser-known novels, The Affair at Royalties (1971).

It is 23 minutes of burning, flaming irritation at the perceived failures of Baxt’s book and Patrick’s comments are simultaneously amusing and devastating – it’s a bruising experience, but an enlightening and hilarious one. It would seem that Baxt is one of those writers which, whether you think his work good or bad, it is very hard to be completely indifferent too. I include it below, for your delectation – I have not read the book in question, and after some of the Patrick’s comments, I have to admit, it’s not exactly jumped to the top of the list!

This entry was posted in George Baxt. Bookmark the permalink.

18 Responses to George Baxt on Wikipedia